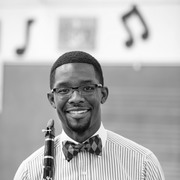 ﻿﻿﻿Cord Martin is in his 11th year as Co-director at Whitthorne Middle School. He also serves as conductor of the Ethos Jazz Ensemble, an audition-based youth jazz ensemble serving the Middle Tennesse area. A native of Columbia, Tennessee, Martin earned his Bachelor's Degree in Music Education at Middle Tennessee State University in 2010 and Master of Music degree in Conducting at the American Band College of Sam Houston State University in 2014.
﻿ 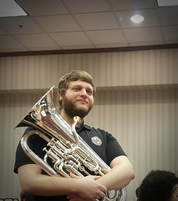 ﻿Austin Vogt is in his 5th year as Co-director at Whitthorne Middle School. A Nashville native, Mr. Vogt earned his Bachelor's of Music Education from Tennessee Tech University in 2014 and his Masters of Music in Euphonium Performance from Indiana University in 2018. Before his position at Whitthorne, Mr. Vogt served as band director of the Brown County Community Band and President and Founder of the Brass Band at Indiana University. Mr. Vogt currently performs with the Southern Stars Symphonic Brass Band from Crossville, TN as well as the Music City Brass Ensemble based in Nashville, TN.
﻿